What I Love Most About the Circus

Many of us have been to a big top before.

We all remember the smell of popcorn, flashing lights and a slight mist of sawdust in the air. It is a world that certainly has an impact on us. And in a quiet moment, some of us have already dreamt about running away with the circus for a simpler life in a caravan.

I lived this life

– when my daughter was only two months old. Her first impressions of the world are marked by clowns, glitter, and goats. Every morning, she climbed to the window of our caravan and waited for the moment she could finally watch the feeding of the horses. Even now, after years of not traveling with the circus anymore, her eyes start to sparkle when we return to the campgrounds of our fellow nomad performers.

But there is something bigger about the circus

…that many people don’t (consciously) realize. It is a life attitude – that also reflects in the way a show is created.

Let me explain the latter first:

The typical setup of a circus presentation

… consists of a number of specialty acts, traditionally interconnected by a central character – a clown, magician or ringmaster – who leads the audience through an afternoon or evening show. The program is usually made for all family members, not just kids. Everyone is supposed to find something to enjoy. The entertainment, consequently, aims for a high diversity, reaching from impressive skills to foolish nonsense, from weird experiments to spotless grace. Every appearance is totally different, yet all of them are equally important for having the best possible effect on the audience.

This variety of acts

… brings with it the highly different characters performing them. At a tent’s artist-entrance, you’ll find people of all shapes and sizes – short and tall, skinny and bold. You’ll see extrovert divas as well as silent loners. Some take care of animals, others spend hours perfecting their bodies. One artist might create unseen instruments and again others juggle knives and chainsaws. What unites them is that each performer has found their personal uniqueness and feels committed to carrying it out.

Therefore, the atmosphere behind the curtain

is free of rivalry and competition. Since different disciplines can hardly be compared, their individuality makes everyone free for giving each other recognition and appreciation – both inside and out of the ring. They exchange and support each other. As a result, being around circus people offers you a variety of personal influences as only a few jobs will. And that, in fact, could be the reason why many of us are so tempted to run away with the circus (again).

Does it make sense? Let me know! 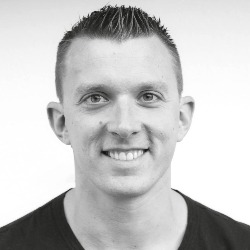